When the user / District Heat network calls for hot water, the boiler will start up the firing sequence, which means the stoker auger starts. When the stoker auger is running then 2447 fuel auger(s) from the silo will start to supply an appropriate amount of fuel depending 1636 on hot water needs.

An amount of appropriate fuel is “decided” by the lambda probe measuring oxygen content in the flue gas. If the level of oxygen rises from normal level (6-7%) the firing sequence will start and if oxygen level falls from normal level the firing sequence will stop the inlet of fuel. When the boiler has reached max level for flow temperature everything stops, and the stoker auger empties itself of fuel as a part of the fire protection procedure.

At the front end of the boiler fire box, the moving grate starts. Every second level of grate is moved with an electrical actuator and the movement prevents clinker to build up. Primary air is added into the three different combustion zones. Secondary air is added after a downstream principle for which LIN-KA holds a world patent. This invention means that our grates can obtain better results on efficiency as well as emissions. The boiler is insulated with 100 mm mineral wool which reduces the heat losses to a minimum. The boiler is fully welded and gas tight.

As the burning fuel is moved along the step grate ash is created by the combustion process, by the time all the energy has been removed ash is the material that is left over. This ash is shunted along the step grate, then out of the boiler along a series of augers which end at the ash container. This is a large metal box. This is then removed and the ash disposed of.

LIN-KA H boiler is equipped with several 5.5 litre pressurised air tanks with soot valves also called Chokblasters. These soot valves are placed so every pass in the boiler can be automatically cleaned with compressed air shot through the heat exchanger pipes of the boiler, so ash doesn’t build up. They are standard mounted on the front of the boiler. Having Chokblasters on the boiler reduces the number of times you must clean the flue pipes manually to 1-3 times a year.

Control and surveillance biomass steam system is based on PLC-control (Programmable Logical Controller). The controller secures a controlled and logical feed of fuel to the boiler, combustion, movement on grate so the system always works most efficiently and with the highest output. All set-points can be changed on the display on the front of the control cabinet, also current load, flue gas temperature, oxygen level etc can be seen. Access point to internet connection is necessary in the boiler room, so long-distance support and surveillance can be given during start- up, test period and afterwards as well.
The internet connection also makes it possible for the operational staff to monitor the system via smartphone, tablet or PC. 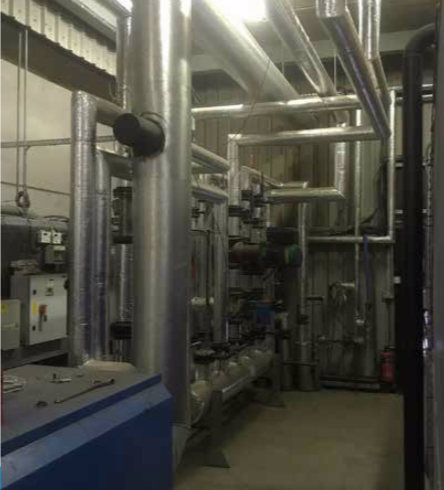 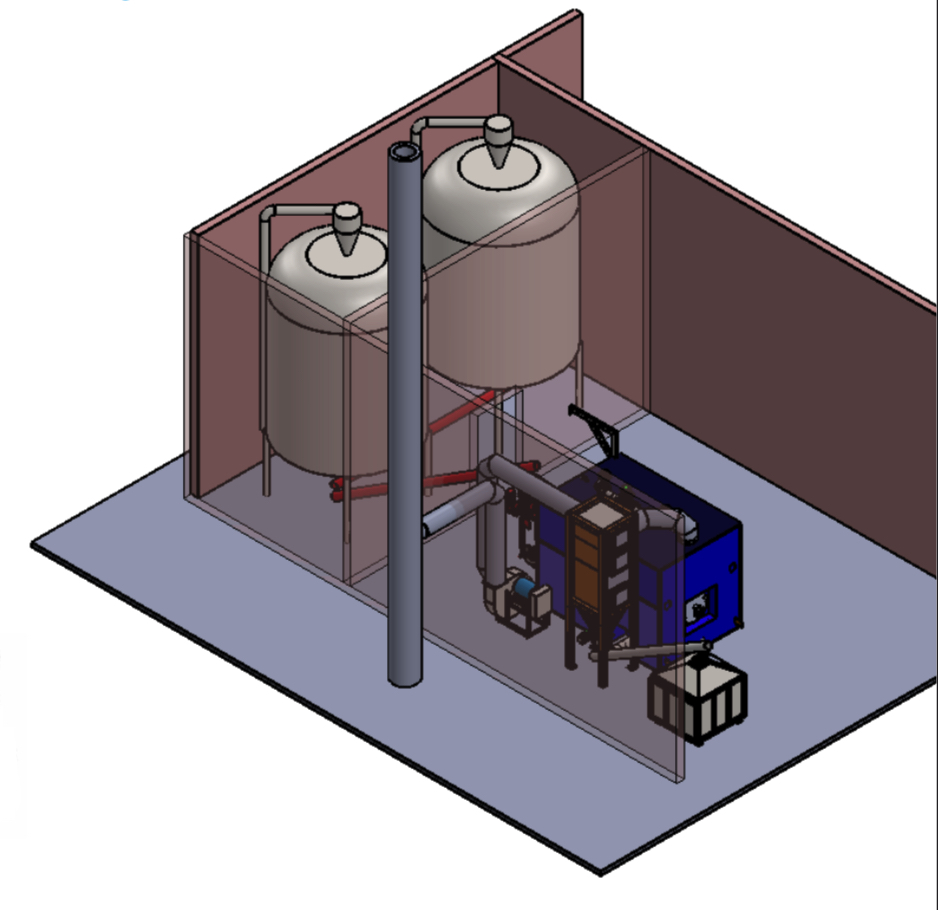